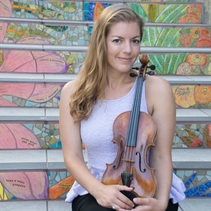 Anna Washburn (violin)
A native of Maine, she holds a M.M. in performance from the San Francisco Conservatory of Music as well as a B.M. in performance from Boston University. As a Baroque violinist Anna performs with The Philharmonia Baroque Orchestra. She also appears regularly with the Bach Collegium of San Diego, Agave Baroque, and the Oregon Bach Festival. As a modern violinist she has performed locally with Symphony Silicon Valley, Monterey Symphony, Stockton Symphony, Merced Symphony; as well, she has performed around the country and internationally including the Festival Geminiani in Follonica, Italy. 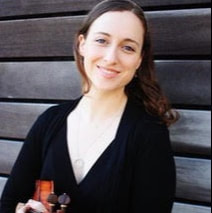 Juliette Javaheri (violin)
​A native of San Francisco, is a substitute performer with the San Francisco Ballet, Opera San Jose, Santa Rosa Symphony, and the Santa Cruz Symphony. She was founding member of the Axiom Quartet, a versatile and engaging professional string quartet in Houston, TX. She has also performed with Mercury Baroque, the Houston Symphony, Indianapolis Symphony, and as Concertmaster for the National tour of the acclaimed Broadway show The Phantom of the Opera. 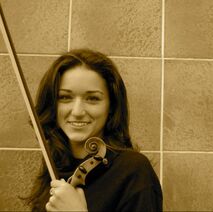 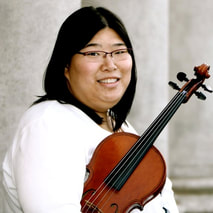 Christina Wong (violin/viola)
Earned performance degrees from the Juilliard School and the Cleveland Institute of Music. She has appeared in solo, chamber, and orchestral performances throughout North America, Europe, and Asia. She is currently principal violist with the South Bay Symphony, and has held past principal positions in the Erie Philharmonic, Ohio Valley Symphony, and Youngstown Symphony Orchestra, as well as collaborations with members of the Cleveland Orchestra, and the Tokyo and Alexander String Quartets. She currently performs and teaches all over the SF Bay Area including El Sistema-inspired programs, and has her own private studio. 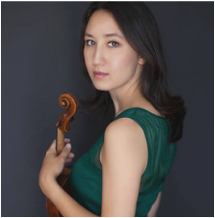 Annamarie Arai (violin)
Enjoys collaborating with other musicians in various settings, from small chamber ensembles to full orchestras, including UCLA's Gluck String Quartet, the Mendocino Music Festival, and the Aspen Music Festival. Most recently, she has been thrilled to be a member of One Found Sound, a San Francisco conductor-less chamber orchestra, during its 2014-15 season. She holds degrees from UCLA's Herb Alpert School of Music and the San Francisco Conservatory of Music and performs. 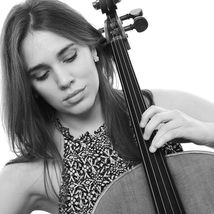 Maaike Harding-Kahn (cello)
Originally from Troy, Michigan, received her Master's of Music and Bachelor’s of Music at the Cleveland Institute of Music. She has played at the Kennedy Center’s Conservatory Project, for the Cleveland Chamber Society, and with other numerous festivals and groups around the country including The New World Symphony (Miami, Florida), the Aspen Music Festival, and the Perlman Chamber Music Program. She currently teaches cello for various string programs in the San Francisco Bay Area. 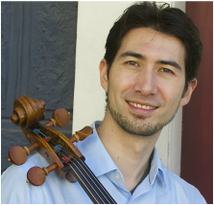 Samsun Van Loon (cello)
​A native of San Francisco, is a founding member of the Chamber Music Society of San Francisco and performs regularly with One Found Sound Chamber Orchestra. He studied cello with Noriko Kishi and with Jean-Michel Fonteneau at the San Francisco Conservatory of Music, there receiving their Chamber Music Honors award and the M. Alan Neys Award for first prize in the Pacific Musical Society’s annual competition. Most recently he has taught cello and chamber music at Cazadero and Zephyr Cove performing arts camps, and is currently on the faculty of the SF Community Music Center. 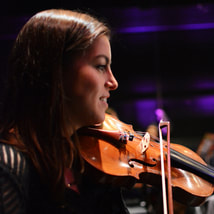 Laura Shifley (violin)
A graduate of Columbia University and studied Violin Performance at the Boston Conservatory of Music. She has been a member of The Knights Chamber Orchestra, Jupiter Symphony Chamber Players and Wild Ginger Philharmonic, and has participated in numerous music festivals including the Verbier Festival in Switzerland, the Henry Mancini Jazz Institute in Los Angeles, the New World Symphony in Miami, the Spoleto Festival USA, the National Repertory Orchestra, and the Kuhmo Chamber Music Festival in Finland. Laura plays around the Bay Area and also works as an Urban Designer in San Francisco.